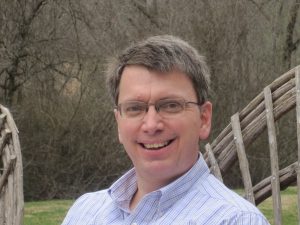 With 32 years of pastoral experience, Scott Willet first came to Covenant in March, 2016 on an interim basis. He was installed permanently in June, 2017 and continues to serve the church as a minister of the gospel.  Scott is devoted in equal measure to both the public preaching/teaching of God’s Word and to the personal, shepherding care of God’s people.  As a preacher, Scott is committed to straightforward, expository preaching, giving close attention to the actual texts of the Bible.  His sermons are Christ-centered as well as applicatory, seeking to balance the blessed promises of the gospel with the personal applications to daily life which flow out of those promises.  As a pastor, Scott is devoted to the ministry of visiting, discipling and counseling.  He is easily accessible to the congregation throughout the week, balancing his time between personal appointments and necessary study/office work.  The Lord has given Scott energy and zeal for both his public and personal ministry with an eagerness and ability to minister effectively to a wide variety of ages, including teenagers and senior citizens.

Born and raised near Buffalo, NY, Scott has a 1982 Civil Engineering degree from Virginia Tech and a 1987 Masters of Divinity degree from Covenant Theological Seminary in St. Louis. He and his wife, Sharon, were married in 1987 and have three young-adult daughters. He was ordained (in the PCA) that same year and transferred to the OPC in 1999.  He has previously served churches in Vincennes, IN, Concord, NC, Staunton, VA, and Atlanta, GA.  Moving to Mount Airy from Atlanta, Scott is a fan of the Atlanta Braves and the Atlanta Symphony Orchestra, but otherwise greatly prefers and enjoys life in and around Mount Airy.

Raised well as the youngest of six children in a stable and church-going family, Scott was spared many of the flagrant and destructive sins of youthful rebellion.  The Lord saved him at age 13, when he first heard the gospel and understood it in a way he never had before.  He was confronted with his status before God as a sinner in need of a savior, and was urged to confess his sins and repent.  He delighted to call Jesus his savior, and traces the beginning of his eternal life to that night.  Recognizing the sins of pride and self-righteousness, he began to seek to live with both humility and patience before the Lord.  He believed the Bible to be true, and sought to understand it more faithfully.  Shortly after graduating from college, he sensed a very distinct and ultimately irresistible call to the gospel ministry   As that call began to be confirmed, he entered seminary and then completed a year-long internship as a prison chaplain in Mississippi prior to being ordained.  Seasoned by both the joys and struggles of life in a fallen world, Scott remains dependent upon the grace of God to sustain him every day.

Join Us for Worship